PRPD is governed by a Board of Directors that serve 3 year terms, with a limit of two consecutive terms.

2022 PRPD Board of Directors 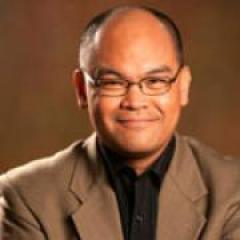 Jeff Ramirez was Vice President for Radio at KERA from 2006 to 2022. Ramirez was responsible for directing the overall sound of both KERA 90.1 FM and KXT 91.7 FM. Ramirez is a well-traveled public broadcasting veteran, having also worked across the United States in Washington, D.C., as a Manger of Radio Projects and Programming at the Corporation for Public Broadcasting (CPB); Anchorage, Alaska, at Alaska Public Media; and at stations in San Francisco and San Diego. Ramirez has a B.A. in journalism from San Diego State University, and enjoys coaching and mentoring current and next generation public media programmers and leaders. 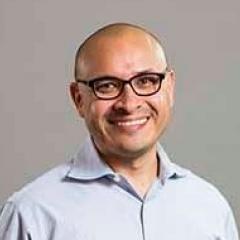 Matt Martinez became Senior Producer of On Being in 2021 after 6 years at Tacoma's KNKX as Director of Content, overseeing all editorial channels, including KNKX News, KNKX.org online content, social media platforms, and Jazz24 -- the station's 24-hour global jazz stream. Matt served as project manager for the “Save KPLU” campaign, which successfully saved the station from being sold. It was a community effort that raised more than $8 million in 4 months, securing the broadcast license and ensuring the station, now known as KNKX, remains a vibrant South Sound-based voice for the community. Before KNKX, Matt was a Senior Producer for NPR in Washington, D.C. He spent 15 years at NPR producing shows like All Things Considered and Weekend Edition. He created The Bryant Park Project, a multi-platform morning show on Sirius Satellite Radio produced at NPR New York. He was also the executive producer of Weekend All Things Considered. 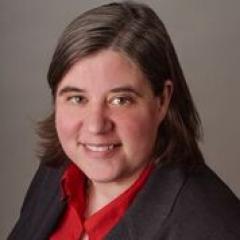 Ele Ellis is Content Director at WUWM in Milwaukee where she is responsible for all of WUWM's content and programming across broadcast and digital platforms. She previously spent 7 years as Director of Programming at WKSU in Northeast Ohio and was instrumental in helping the station transition to a news-forward format. She previously served as Program Director for WUGA, Boise State Public Radio, and WNCW.

After getting a taste for radio working as a folk DJ in college, Ele began her public radio career as a host at WNCW in Spindale, North Carolina, where she also sold underwriting, and held positions leading Operations and Traffic. She is a native of Nashville, Tennessee. 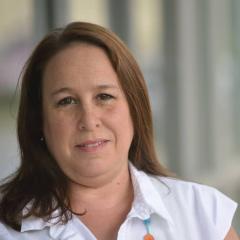 With more than three decades of experience in the industry and a diverse background that includes major and small market stations in a variety of formats, Abby is uniquely positioned to understand the complexities of today’s public media environment. She began her career as a late night jazz host at KVLU in Beaumont, Texas where her mother ran the membership program. She spent 17 years in Dallas working at KERA and several commercial stations as well as doing event production, booking and music promotion before moving to New Hampshire Public Radio as VP for Programming. Abby helped to transform NHPR into an award winning, essential source for news and regional content. In 2012, she became GM of WYEP in Pittsburgh, leading the station to unprecedented audience and revenue growth. Abby has served on local and national boards including  the PRPD Board of Directors from 2008 to 2016. 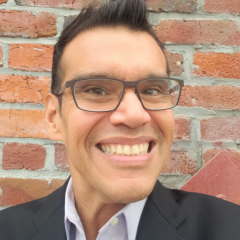 Ernesto Aguilar joined KQED in 2021 after serving as Executive Director of the National Federation of Community Broadcasters, where he supported stations nationwide for five years. He writes the newsletter OIGO, which examines public media’s content, engagement and community service to Latino audiences. Aguilar’s previous work has traversed daily and weekly publications, public media and podcasts. His engagements include and have included the board of the Association of Independents in Radio, America Amplified’s advisory group, the steering committee for Public Media for All, and the Public Media CEO/COO Bootcamp hosted by Public Media Women in Leadership. A Robert C. Maynard Institute for Journalism Education Fellow (Advanced Leadership) and Sulzberger Executive Leadership Fellow, Aguilar has a B.A. in journalism, with minors in sociology and Women’s Studies from the University of Houston; and a Nonprofit Finance certification from Rice University. 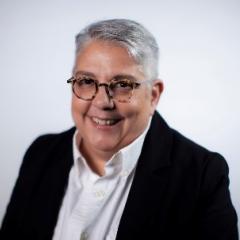 Christine Dempsey’s relationship with public radio started in 1989 when the station where she worked was sold abruptly. When a former colleague brought her to WNYC as a part-time board operator for On the Line, her fortunes changed dramatically and she moved into a permanent position in Radio Operations. In 1994, Dempsey moved to Allentown, Pennsylvania to be the first Program Director for a start-up WDIY. In the years that followed, Dempsey continued working within public radio stations in major markets - New York, Philadelphia and Atlanta. She was one of the first Chief Content Officers in the country when WHYY created the position in 2000. While at WABE in Atlanta as their first Vice President of Radio, Dempsey spearheaded the organization’s entry into the podcast realm. In 2019, Dempsey returned to the Allentown area to create a new public radio station at Lehigh Valley Public Media. This adventure recently started and Dempsey couldn’t be happier to bring her adopted home town independent, fact-based journalism from local, national and international sources.  Dempsey, mostly recently from WABE-Atlanta, has more than three decades of experience in public broadcasting. Dempsey has worked for WHYY, Philadelphia; WDIY in Bethlehem; WNYC in New York City; and a variety of other public radio stations while she was an on-air fundraising consultant. Dempsey has been recognized with industry awards from the National Federation of Community Broadcasters, the Corporation for Public Broadcasting, the National Academy of Television Arts and Science, as well as the Philadelphia Society of Professional Journalists and the Pennsylvania Associated Press. Most recently, she was awarded the prestigious Peabody and RFK Journalism awards for the podcast, Buried Truths. In addition, the podcast, Bottom of the Map, which she developed, was accepted as part of PRX’s Project Catapult.

Ele Ellis is Content Director at WUWM in Milwaukee where she is responsible for all of WUWM's content and programming across broadcast and digital platforms. She previously spent 7 years as Director of Programming at WKSU in Northeast Ohio and was instrumental in helping the station transition to a news-forward format. She previously served as Program Director for WUGA, Boise State Public Radio, and WNCW.

After getting a taste for radio working as a folk DJ in college, Ele began her public radio career as a host at WNCW in Spindale, North Carolina, where she also sold underwriting, and held positions leading Operations and Traffic. She is a native of Nashville, Tennessee. 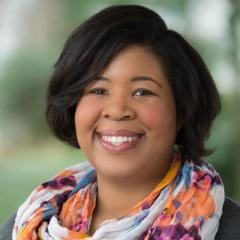 Since joining the station in 2012, Tamberly has expanded the lens of discovery and exploration in classical music and elevated new perspectives in the genre. In addition to maintaining WDAV’s website, app, and streams, she has collaborated to develop an activity book highlighting diverse composers and artists in classical music to distribute to local schools. She has also overseen the production of several podcasts that explore the classical genre. Tamberly seeks to raise awareness of the importance of diversity, equity, and inclusion in public media as a committee member for Public Media for All and she served with distinction on PRPD’s Knowledge Committee as a volunteer this year. 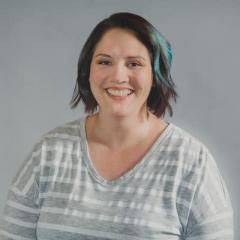 Lindsay started her career at The Current as an intern in 2005, moving into the assistant program director role, then into the director of regional membership role before becoming Program Director. She has also spent time at The Current as a host, producer, and project manager. Career highlights include partnering with August Schell Brewing Company to release a co-branded beer, Schell’s The Current, producing both of Adele’s in-studio sessions at The Current, launching streams like Rock the Cradle, Radio Heartland, and Local Current, putting together the A to Z Prince playlist for fans to celebrate his life and music, and producing broadcasts from SXSW and Iceland Airwaves. Before joining The Current, she was host and music director for KWLC at Luther College in Decorah, Iowa. Lindsay graduated from Luther College with a B.A. in communications and psychology. 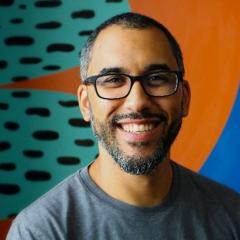 After a decade of DJing around the United States, Jordan Lee joined WYMS 88Nine Radio Milwaukee as morning host in October of 2008.  With an extensive background in music and event production, Jordan managed many facets of the programming department before becoming WYMS Program Director in 2017. In his time with the station he has spearheaded marquee programming including the annual Radio Milwaukee Music Awards, the all-local HD2 Channel 414Music.fm and several marquee podcasts and on-air specialty programs. Jordan has committed his personal and professional efforts to use music as a catalyst for social progress and change. 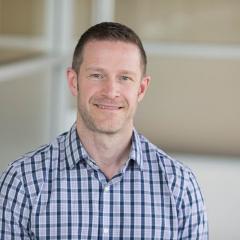 Todd is the Senior Managing Editor of Here & Now, the daily news magazine co-produced by WBUR and NPR. Previous to his role at WBUR, he was Managing Producer at KUOW, Chief Content Officer at Louisville Public Media and Content Director at Iowa Public Radio. Todd was also Editorial Director at NPR Digital Services and from 1998-2003, he hosted The Todd Mundt Show, produced at Michigan Radio and distributed by NPR. Todd began his career in public radio in 1985. 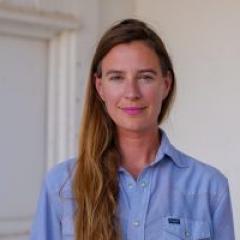 As the senior leader of a small station in a rural market, Elise oversees a station that consistently exceeds expectations. She began her career in public radio in 2008 when she brought StoryCorps to Alaska. She continued working for StoryCorps during their Alaska Initiative, relocating to the northwest Arctic. In 2011, Elise produced and hosted a radio show celebrating sense of place in Sitka, Alaska for KCAW. She went on study radio at the Salt Institute for Documentary Study in Maine. Elise was a Creative Community Fellow with National Art Strategies for her work using storytelling to build community. She co-produced Portland Brick: a project building public memory in collaboration with The City of Portland, Maine. At Marfa Public Radio, Elise aims to use both old school and new school techniques to make the station a lifeline, a beacon for the stories of West Texas, and a center for media innovation. 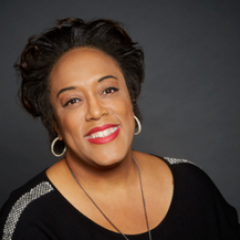 Nikki Swarn is the General Manager & Program Director for THE DROP at KUVO in Denver, Colorado. Nikki is a 20+ year Colorado radio veteran with commercial radio stations like KS1075, KYGO, ESPN, Alice 105.9.  She is a genuine and self-aware leader with a diverse background in music and music marketing ranging from artist development and content strategy to marketing research and brand development. Nikki has a BA in English and Communications, and an MBA (Honors) in Marketing. She has attended the PD Workshop and is considered a leader for the developing Urban Alternative music format. 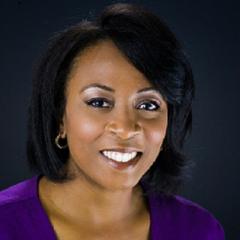 Jenell is a Cincinnati native and has a long career in media and nonprofit management and governance. She was a reporter and anchor at WCPO-TV, a reporter for The List nationally syndicated news magazine and a reporter with WLWT for 16 years before working for Cincinnati Metro, the Urban League of Greater Southwestern Ohio and the Cincinnati USA Convention & Visitors Bureau. She has served on numerous governing and advisory boards, including Women in Film Cincinnati. Jenell oversees all programming on classical music WGUC-FM and non-news programming on WVXU-FM, as well as marketing, outreach, events and online/social media activities. She just started her new role on March 1 and has already made her first broadcast schedule change.

Not only does Nick oversee programming at Hawaii Public Radio, he is also a music host. Before moving to Hawaii Public Radio, he spent 7 years as a DJ for UH Mānoa’s KTUH and also served at KTUH in various capacities, including station manager and educator. Nick continued to serve on the KTUH advisory board for years after his departure. He is a fixture in the Honolulu underground club scene, where his live sets are famous for being able to link musical and cultural boundaries. Nick has also attended the PRPD Workshop twice, most recently in 2019.